It All Started at Penni Jo's

Here are the photos we took at our first retreat in my living room in 2011. It was one day only but everyone said they had so much fun that we HAD to do it again next year.

This is the only record of our first “Retreat”. I started out alone, with Joe’s encouragement and planned to have it in a church where my TOPS club met but they closed the doors two weeks before I could speak with them about the event. Joe said, “Well, I guess you could have it here.” Little did he know…

I spoke with Jane and she and Bob joined in with help and ideas. Ruth and Jane helped to set up the studio and living room, stuff the bags and get the house ready for retreaters on retreat day.

Bob found some twisty artwork and made the stickers on our ‘goodie bags’ ( I called some companies and asked for a few things for goody bags), He also made name tags for each of us using the same artwork.

Jane cut the labels out, and Bob helped in anyway he could.

We had three demonstrators, April, Sue, and myself in my studio which had been set up with table covers and lighting for the demo table.

We filled the goody bags on the guest room bed, put a huge sheet of plastic down over my new carpet and set up tables. We had food in the kitchen and dining room and played in clay all day with trips to the studio (down the hall) for demos and into the dining room for lunch buffet and a variety of snacks.

We had a most wonderful time, played until dark, and I’ve been enjoying these wonderful folks for many, many years.

Click/Tap a photo for a larger view 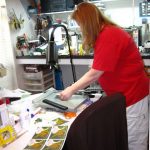 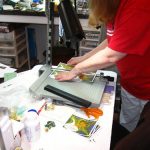 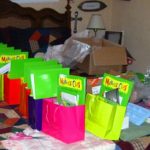 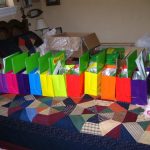 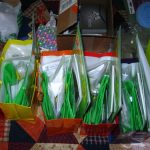 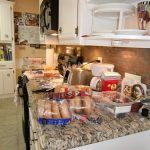 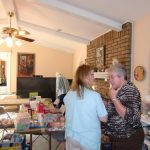 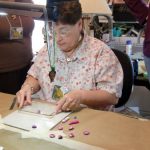 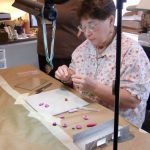 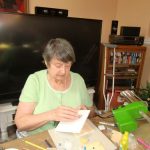 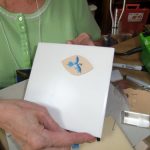 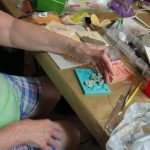 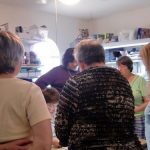 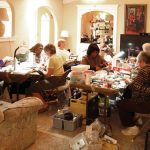 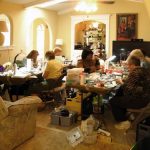 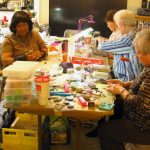 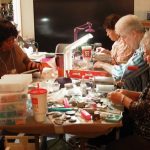 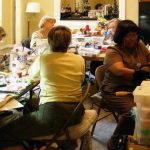 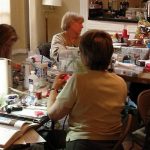 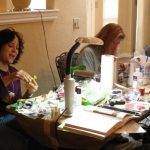 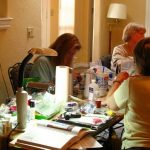 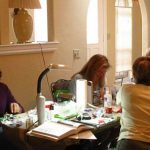